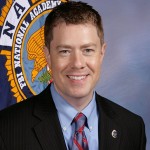 “It’s funny,” says MBA student Charlie Warner, “the way God puts us right where we’re supposed to be, even though it may not be for the reasons we originally thought.”

Music originally drew Charlie to Nashville from his native Illinois – specifically, the opportunity to perform country and Christian music at places like the Wildhorse Saloon and the Grand Ole Opry House. But Sgt. Warner, who now heads up the Public Affairs Section for the Franklin Police Department, found success with far more than the local music scene. With an associate degree in Criminal Justice and the promise of a position as a police officer, he headed to Nashville and discovered a fulfilling career, a loving wife-to-be, and Bethel’s College of Professional Studies programs all in one place.

“While the music dream is what brought me here in 1999, my law enforcement career being as blessed as it is got me to stay,” he says. “Falling in love with my wife here in 2002 — this is where we’ve chosen to grow our family. It’s home.”

He found a “school home” in Bethel, too.

After working for several years as a patrolman in uniform, he was promoted to detective, and then took a prestigious three-year assignment with the FBI Violent Crimes Task Force in Nashville. He was soon selected to serve as detective sergeant over the Franklin Police Major Crimes Unit. But Charlie realized that an associate degree wasn’t going to get him where he wanted to be. After talking to an enthusiastic colleague who graduated from the program, he did his research and found that Bethel’s face-to-face business management program fit his busy lifestyle perfectly.

“I didn’t just pick Bethel by happenstance,” he says. “I did a lot of program comparisons, and Bethel came out on top. It’s a respected brick-and-mortar institution, and it has the highest accreditation in the Southeast.” The program lived up to his expectations — and beyond. “I was challenged every week to deliver my best, and it stretched me. I had fun, and enjoyed learning with my cohorts. In the end, when I got to put on my cap and gown and graduate at the age of 38 … well, it was an overwhelming feeling of accomplishment,” he says.

But it wasn’t enough for Charlie. As more career opportunities became available, he received more support from colleagues to go even further.

“I had a boss really push me toward my master’s degree,” he explains. “He said, ‘You’ve got all this potential. But a bachelor’s degree isn’t the gold standard anymore.’” Once again, Charlie researched dozens of different master’s degree options – and Bethel came out ahead once again. “There are a lot of schools to choose from — but Bethel is solid, and the staff, administrators and instructors are beyond supportive.”

As a brand-new MBA student, Charlie knows the importance of staying relevant as a leader at work, and as a role model at home.

“My wife has a master’s degree, and our three kids see me tucked away doing my homework, night after night,” he says. Now 11, 8 and 5 years old, they can’t quite understand why Dad is doing homework during summer vacation. “But someday I want them to realize that both of their parents placed a great deal of value on their education.”

To others considering Bethel, he says, “If you’re willing to put in the time and effort, at the finish line, you’ll receive a degree from a notable university.” The chief spokesperson for the 9th largest police department in Tennessee, Charlie is also an enthusiastic spokesperson for his alma mater. “I didn’t choose Bethel once. I chose it twice. And that speaks volumes,” he says