I had a pleasant surprise this morning: One of my former undergraduate students dropped by my office for a visit.  The timing was perfect. I had written him a glowing recommendation for Bethel’s MBA program, and was eager to catch up on his progress since starting the graduate program three months ago.

His first words? “Ms. Chambers, I almost dropped out of school last month.”

Needless to say, I was surprised. He’d been an outstanding student in my undergraduate marketing class. When I asked what happened, he said it had been a culmination of things – a busy work schedule, a family emergency, and a statistics class that was tougher than he expected. The crazy combination caused him to earn a “D” on two assignments in a row, he told me, and nearly led to him give up on his academic dreams.

“I didn’t realize grad school would be this hard,” he admitted.

I was about to launch into my favorite “rah-rah” speech – the one where I stress that if it were easy to earn a graduate degree, everybody would have one. But he was on a roll.

“The great thing was, that grade was an eye-opener for me,” he said. “I realized I needed to wake up and get it together, or I was going to fail.” So he finally did what all students should do when they hit a bump in the road – he reached out to his facilitator.

“I was kind of nervous about it,” he admitted. “I figured she’d say, ‘Too bad, tough luck.’ But she was really nice, and very understanding – although she gave me a little grief about not reaching out to her sooner.”

Best of all, his current facilitator gave him her own “rah-rah” speech. She told him he could get better grades with just a bit more time and effort. She led him to some additional resources for guidance. And she asked him to remember why he’s begun his MBA journey in the first place.

“I really appreciated her saying that,” he said. “Because in today’s world — in my job – a bachelor’s degree just won’t cut it. In order to get promoted, I need a master’s. And in order to get a master’s, I need to work harder.”

“And reach out to your teachers at the first sign of trouble,” I said.

My former student will continue to hit bumps in the road. He’ll doubt himself many times. He’ll wonder if it’s worth the effort. But he’ll also walk the line at graduation. He’s got his eyes wide open, and he knows just where he’s going. 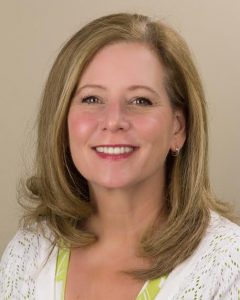 Cindy Smith Chambers has 40 years’ experience in public relations and journalism. She serves as PR Director for Bethel University’s College of Professional Studies, and is a full-time faculty member specializing in college writing and marketing.