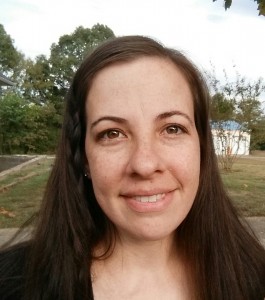 Being chosen for a college scholarship is big. But being selected for a scholarship by members of Mensa is … brilliant. That’s what happened to Bethel Success student Rachael Knowles. Rachael is an LPN and California native who currently lives Paris, TN. She divides her time between school, family life, and working at two hospitals, Henry County Medical Center in Paris, TN, and Murray-Calloway County Hospital in Murray, KY.

During her studies at Bethel University, one of Rachael’s instructors, Lisa Tyler, offered substantial encouragement for her writing skills. “She told me she thought my writing was above average and that I had a unique talent,” Rachael recalls. Motivated by Lisa’s words, Rachael conducted an internet search for scholarship competitions that awarded writing talent. Several possibilities popped up, including the Grosswirth-Salny Scholarship, sponsored by the Mensa Foundation for Education and Research.

She sat down to write.

The title of Rachael’s finished essay was, “Tenacious Dedication and Negotiation.” The subject was near and dear to Rachael’s heart. “I started my bachelor’s degree 12 years ago,” she says. As a pre-nursing and EMT major at California’s Modesto Junior College, she was determined to reach her goal of becoming an RN. “But when our four children came along – one of whom has autism – I knew I had to put their needs first.”

It wasn’t until after she and her family moved to West Tennessee, and accommodations were in place for her child’s special needs, that she was able to pick up where she left off.

“I started at the Paris campus in April of 2014,” she says. With children ranging from two years old to high school age, “Bethel’s one-night-a-week format was perfect. I love the topic discussions and interaction with my classmates.”

It all poured out in the essay … Rachael’s determination to reach her goal, despite the obstacles in her way.

“Nothing’s going to stop me from earning my degree,” she says. “I realized I was just going to have to do it in a different way.” That explains the “tenacious dedication” in the title. But what about the “negotiation”? “We all negotiate with ourselves,” Rachael explains. “We say, “Here is my goal. Here are my challenges. And here’s what I’m willing to sacrifice to reach it.’”

After careful proofreading, Rachael’s essay was emailed to the Mensa Foundation, an organization dedicated, according to its website, “to the pursuit of excellence in human intelligence.”  Staffed and supported by the brainiest of the brainy, the organization gives away an average of $85,000 annually in recognition of “research, education, and practical achievement regarding giftedness, intelligence, and creativity.” It might be daunting terminology for some — but not for Rachael, who recently finished her major courses with a perfect 4.0 GPA. She submitted her entry along with 9,200 other applicants from five different countries for one of just 188 awards.

Early this summer, Rachael got the news: She had won the scholarship. If fact, she was the only scholarship winner in the entire state of Tennessee.

“Initially I didn’t realize the caliber of the competition. I’m honored to win the award.” Along with the monetary award, which Rachael will apply towards college expenses, she was asked to consider testing for membership in Mensa, an opportunity she will pursue.

So what are Rachael’s future plans? “I’m going to earn my master’s,” she says, without hesitation. “Several facilitators have encouraged me in that direction. I have an aptitude for academics, as one instructor put it.” An MBA with a concentration in Healthcare Administration has captured her attention, and Bethel’s program has won her over. “Bethel reaches out to people at all levels. Some students have been faced with academic challenges along the way, and Bethel is there to boost their skills. Others are there, like me, because obstacles appeared along the way — life was the challenge; not academics,” she says.

No doubt about it: The future looks brilliant for Rachael Knowles.