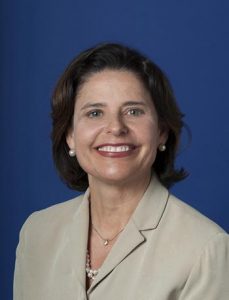 MCKENZIE, TN – A total of 374 Bethel University degree candidates are slated to graduate during ceremonies this Saturday, Dec. 8, in the Rosemary and Harry Crisp II Arena in the Vera Low Center for Student Enrichment. Commencement activities begin at 10 a.m.

Ms. Pope formerly served as federal co-chair of the Appalachian Regional Commission, where she led a variety of economic and community development initiatives, including asset-based economic development; as commissioner of the Tennessee Department of Commerce and Insurance; and as executive director of the Tennessee Film, Entertainment, and Music Commission. Immediately prior to joining the Tennessee Arts Commission, she was Vice-President of STEM Education, Oak Ridge National Lab and Executive Director of the Tennessee STEM Innovation Network. She is a graduate of Vanderbilt University and the Cumberland School of Law at Samford University, and is admitted to practice law in Tennessee and the District of Columbia.

Established in 1842, Bethel University is affiliated with the Cumberland Presbyterian Church, and offers bachelor’s, master’s, and associate degrees through a variety of learning platforms. For more information about Bethel University, go to www.Bethelu.edu.